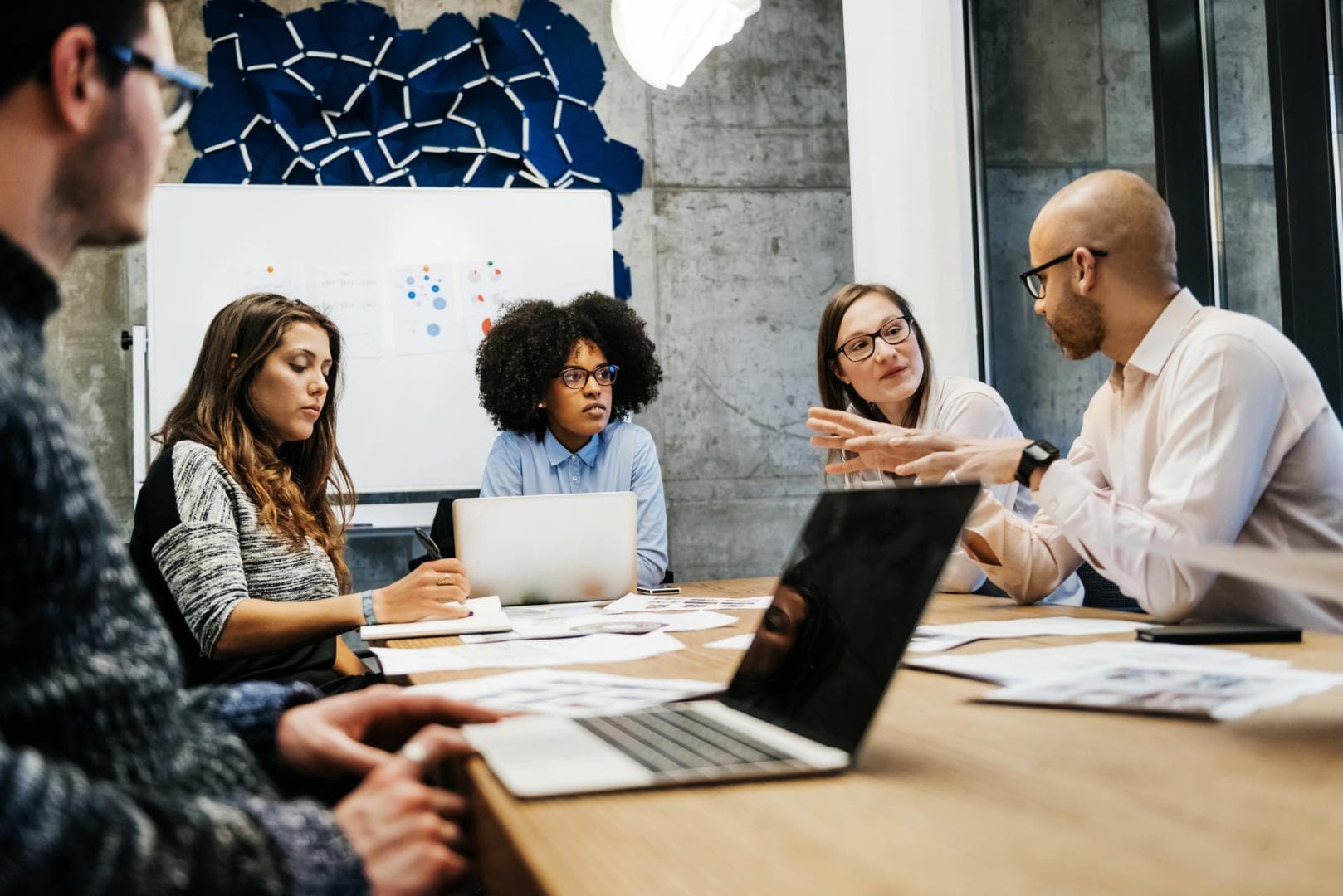 Education and Training Board

We promote excellence in psychology education and training.

The Education and Training Board supports the society in developing a strategy to enable delivery of an inclusive world class education and continuing professional development for psychologists and the wider psychological workforce of all disciplines, which are appropriate, inclusive, relevant, robust and of high quality.

We want students, academics and practitioners to have access to the highest quality education and training.

The board also supports the BPS in expanding its influence as the voice of education for psychologists and the wider psychological workforce within.

Our main responsibilities are to:

We strive to make psychology accessible to all and aim to have a membership base that is representative of the diverse population within the UK and global communities.

We do this through fostering an inclusive culture, welcoming individual differences and committing to ensuring equality and diversity are embedded into all of our activities, for those engaging in the education and training of the psychological profession.

For more information, email the Education and Training Board team.

The Education and Training Board supports activity and policy development in the areas of pre-tertiary education (A level, Scottish Higher, IB, etc.) and psychology undergraduate students via the Standing Committee on Pre-Tertiary Education (SCoPTE) and the Student Committee. These committees undertake specialist activities and provide specialist advice to the Board, whilst ensuring the sectors they represent have a formal voice within the society’s governance.

The Board works with the society’s policy team in relation to psychology education externally, liaising with a range of appropriate bodies including the DfE, TDA, OFQUAL and awarding bodies, as well as governmental and non-governmental bodies within the devolved nations.

The Board connects with the other strategic Boards and is fully supportive of each of its respective agendas. It links with other relevant bodies to ensure psychology is represented in appropriate forums.

Education and Training Board Minutes

Professor Niamh Stack is a professor of developmental psychology and Deputy Head of the School of Psychology at the University of Glasgow. Niamh has worked at the University of Glasgow for over 19 years and progressed to Professor on the Teaching and Scholarship track there, a reflection of her consistent focus on education, teaching and learning throughout her career.

Prior to taking on the role of Deputy Chair of the Education and Training Board in 2019, Niamh had extensive involvement in the BPS Undergraduate Education committee first as a committee member, then Deputy Chair and then Chair which included overseeing a root and branch review of the standards for Undergraduate Education. As part of this role Niamh also served on the Partnership and Accreditation Committee. Niamh was the Deputy Chair of the Review Group for the 2016 QAA Psychology Subject Benchmark Statement. These roles collectively reflect her commitment to enhancing educational provision across the discipline.

She has extensive experience of undergraduate and postgraduate curriculum design and delivery in her roles as programme lead and then Director of Teaching and Learning in the School of Psychology at the University of Glasgow. Integral to this latter role has been a focus on curriculum enhancement for skills development for psychology graduates of the future and a commitment to the development and dissemination of Open Teaching practices and resources. Niamh also has an extensive track record of external examining at other HE institutions in terms of both annual review processes but also periodic subject reviews.

Her research interests are focused around difference and diversity in development. She is the Research Director of the Scottish Network for Able Pupils based at the University of Glasgow and she primarily researches and publishes in the area of gifted/highly able learners. She is also actively involved with a number of community partners to facilitate research partnerships. These research collaborations support community partners by providing an evidence base for the voluntary work of these community partners and in parallel provide applied research settings for psychology student dissertation projects.

Ciara Wild is a HCPC Registered Chartered Forensic Psychologist, currently working for HMPPS, and a Registered Scientist with the British Science Council.

Before joining the prison service Ciara worked as a Clinical and Research Services Coordinator in a Counselling and Psychotherapy Service and was also part of an NHS Liaison and Diversion team conducting mental health assessments in police custody and court.

Dr Gill Brown is a Chartered Psychologist and has held academic positions since 2008 in both research and lecturing posts.

Prior to their academic career, they worked within the prison service (both male Category B and Category C prisons), providing psychological services to offenders and held the position of treatment manager of an offending behaviour treatment programme.

Their PhD focused on the effectiveness of a joint crisis planning intervention for service users with severe mental illness, in reducing compulsory detention under the Mental Health Act, and they are currently an Associate Teaching Professor at the University of Bolton and lead the BSc (Hons) Criminological and Forensic Psychology programme (which was awarded the national British Psychology Society award for innovation in Psychology programmes in 2018).

Dr Brown was instrumental in developing a Memorandum of Understanding between Greater Manchester Police (GMP) and the University of Bolton. Following this, they began working on research projects alongside GMP and working collaboratively to promote student opportunities for involvement in local restorative justice work.

Helene Ansell has been involved in education for some 30 years. She began her career as a secondary school PE, History and Special Needs teacher with a particular interest in learning difficulties such as dyslexia, which remains a special interest today.

While taking time out to have her children she also travelled and lived in many different countries, during which time she gained her psychology degree, a master's in education and an advanced diploma in child development.

Until recently she was a team leader associate examiner for AQA Psychology A Level but remains a moderator on their EPQ qualification.

Helene is passionate about psychology and psychological education, and has actively lobbied the government for recognition of psychology at schools level to be fully recognised as a Science/STEM subject. She has also strived to forge a better understanding of the true value of our subject to the work place.

Until recently (2018) Helene was Chair for the Association of Teachers of Psychology and remains on the committee at Officer level as Past Chair. She sits on the BPS sub committee, SCoPTE (Standing committee on Pre-Tertiary Education) and is delighted to be a part of the Education and Training Board.

Helene took early retirement in June 2016, quickly followed by a move to Cornwall, moving to Cargreen in February 2018. However, she is still actively involved in The ATP and SCoPTE, as well as education in general as the newly appointed governor of her local primary school.

As part of the role of chair of the UEC, Simon is also is a member of the Partnership and Accreditation Committee and is actively involved with other BPS committees including the Ethics Committee and the Division of Teachers and Researchers in Psychology.

Simon was a member of the Review Groups for the 2016 and 2019 QAA Psychology Subject Benchmark Statement. He also chaired the Task and Finish Group that was responsible for the Post 18 Education Funding Review and has contributed to many BPS projects.

He has experience of external examining at other HE institutes for campus and online based programmes. He has also experience of periodic subject reviews and validations of programmes for national and international providers.

Simon’s research is focused around cyber psychology and the effects of playing video games. He has supervised a number of PhDs and MScs in this area and is currently involved in a project investigating the benefits of VR for cooperation with isolated individuals.

Dr Mark Sergeant is a Principal Lecturer in Psychology and the School Learning and Teaching Manager at Nottingham Trent University (NTU). Mark has worked at NTU for over 20 years and has led on numerous learning and teaching activities at a Departmental, School and Institutional level.

Mark is a highly experienced academic who has acted as course leader at undergraduate and postgraduate level and led on the provision of assessment at NTU. For the quality of his teaching Mark received the NTU Vice-Chancellors Teaching Award in 2019. Mark is the Chair of the NTU Academic Integrity Group and is an institutional expert on Academic Integrity.

She is also a qualified teacher (QTLS) and a Senior Fellow of the Higher Education Academy (SFHEA) and has been teaching and lecturing since 2005.

In the recent past, Katie trained psychology teachers nationally for an awarding body on a consultancy basis.

Her educational qualifications include:

Katie’s professional activities include being a Chartered Psychologist (CPsychol) and an Associate Fellow of the British Psychological Society (AFBPsS) as well as being a Member of the Society of Education and Training (MSET).

Pirashanthie is a Chartered Occupational Psychologist and Medical Educationalist. She has worked in both undergraduate and postgraduate Health Education settings for over a decade and has experience of programme development, online and blended learning approaches.

In her current role she leads on the Professionalism and Patient Safety theme for the Sheffield undergraduate medicine programme; the theme includes the curriculum areas professional values ethics leadership and human factors education. She is also Deputy Faculty Director of Education for the Faculty of Medicine, Dentistry and Health at the University of Sheffield.

One of Pirashanthie’s academic interests is ethics in everyday practice. Until the end of 2021, she was Chair of the Institute of Medical Ethics Education committee.  She is also Principal fellow of the Higher Education Advance UK.

Aiko Leung is the Chair of the Student Committee and is currently majoring in Psychology with Education at University College London (UCL).

She is particularly interested in clinical psychology, educational psychology and the relationship between the arts and mental health. She is also the chair and founder of a student-led non-profit association: Arts for Mental Health (ARTSMH).

She strongly encourages putting knowledge learnt and experiences into helping the community, thus has been doing that since she was 14. For instance, she tutored and assisted children from diversified backgrounds for over 6 years. Currently, she is working on various projects as an undergraduate research assistant and as a project leader for the ARTSMH UCL branch. She also leads the ARTSMH team to help undergraduate, postgraduate and high school students to stay mentally healthy during the pandemic. She aims to become a clinical psychologist and is working hard towards it.

Mental health and wellbeing for students

The Use of Maths in Psychology